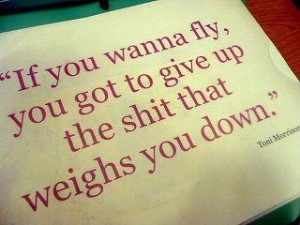 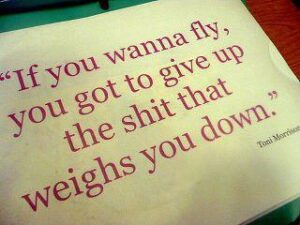 In my last Touchstones newsletter, I likened the experience of May to standing on the high dive, mustering up the courage to finally take the plunge. The response to that newsletter was incredible. I’d like to say I was surprised (that would be the modest thing to say), but the truth is I knew it would resonate with the women of SheChanges.

Because I see it everyday – those women standing on the high dive.

I watch as they put the stake in the ground for themselves – they sign up for coaching and say “let’s do this”, they decide to rehaul their business to work better for them and say, “I’m ready”, they take themselves away for an entire weekend and say “I want this.”

I call these “shitchyea” moments.

I see it. I hear it. I feel it echo in my own bones as a woman. And I love it. Because in many ways, I am still that swimming instructor standing on the dock watching those committed and terrified souls stand strong out on the end of the high dive.

If you missed my last newsletter, here’s what I wrote:

Back in the day, I used to teach swimming to kids during the summer months. One of my favorite things was when a kid made the decision (or the test required) that today was the day they were going to jump off the high dive. I especially liked working with the ones who were terrified.

They would swim out to the dock, climb up the high ladder, and walk to the end of the diving board, staring down at the black water of the lake. I would stand on the dock below, walking them through the process, encouraging them, letting them know their courage would not go unnoticed.

The camp record for a kid standing out there on that high dive was nearly two hours. Dinner bells rang, clusters of kids came and went, and still we stood. To the casual observer it looked as if nothing had happened. But that kid and I knew better. She was mustering. With every moment she stayed out there, she was not giving up, not retreating, not saying no. She was readying herself for a heroic leap, and that is a very personal process.

So if you’re out there on the end of your diving board, looking down at the black water, stay strong. Know that you are making progress even in stillness. And trust that sooner or later – when you’re good and ready – you will make your leap.

Since sending out that newsletter, I have received countless e-mails and messages from women via Facebook and Twitter telling me that they were that woman out on the high dive. And how knowing they weren’t alone – that others were out there standing on high dives too – gave them courage to persevere, to stand a bit longer despite the ringing dinner bells and the gawking crowds. The power, I suspect, was in reframing stillness as movement-in-waiting. They could see they were no longer stalling, or playing chicken – they were mustering courage, which is action in its own right.

And now here we are in June. We passed summer solstice earlier this week, and with it, we acknowledged the longest day of the year. We find ourselves once again at the zenith of the year – a time full of gusto and heightened energy, where life breaks free and fiery passion ignites bold action.

So if you are still out there standing at the end of your diving board, good for you. You have not climbed back down the ladder. You have not given up.

But perhaps you are more ready than you think.

Look down at the water below you. Consider that the longer days have heated the water a bit, maybe made the lake look a bit more inviting from that high vantage point. Maybe it’s not as far down as you initially thought. Maybe you can do this. After all, you’re still on the board.