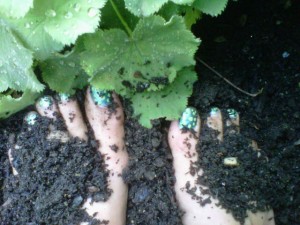 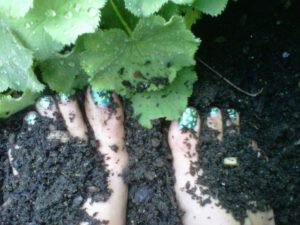 Some days just suck. Sometimes entire weeks suck. You know those times…when nothing seems bright, all you can see is what isn’t done, good, working, right.

All you can see is the ugly underbelly of humanity.

Walking down the street,  you see the pain and worry on people’s faces as they do their best to keep their heads above water in this tough economy. Listening to the news, you hear the predictable drone of politicians playing the game and pointing fingers. Driving by a school, you fear for the state of education. The rain comes down and you feel for the rising homelessness. Go running on a secluded path, and you resent the fact that women still fear for their safety, even in nature.

Now here’s where it get’s personal. It’s also the week leading up to my period: P.M.S. For years, women have been discounted, chided, and silenced for the emotions and truth that come as a result of our bodies living in this monthly cycle.

But long ago, women were respected for the power they possessed during this phase of their cycle. They were consulted, respected, and honored for their ability to see things clearly, to speak the truth, and to lead from deep wisdom.

I belong to the latter camp – the one that honors this time for women.

So does Dr. Christiane Northrup, author of Women’s Bodies, Women’s Wisdom (among others). She was the one who first gave me the idea that P.M.S. (the pathological classification that suggests women have an affliction of some sort), is more akin to “Pre-Menstrual Strength.” In the five days leading up to the onset of a woman’s monthly cycle, she asserts, women can see things more clearly.

During this time, a woman comes face to face with all that is unfinished or unresolved in her own life  as well as the world in which she lives.

Over the years, I have worked a lot with groups of women around the topic of cycles – especially in the context of living in a society that values straight lines, not curves – and I find the conversation is always met with a huge sigh of relief. Because in that moment, we see the purpose, the function, and the value of that rugged week. We are not weak, overly emotional, and out of control.

We are at the height of our power to affect change.

So that’s where I was this week. I share this not to overly divulge personal information, but to offer some insight into my own process of moving through this time and, in doing so, hopefully reframe how it can be harnessed to be a powerful force for change.

Because, to be clear, that’s what I believe women are being called to do in the world today: Force change.

If you’re a woman reading this, you probably know what I’m talking about. That sense of seeing things and being outraged. Of feeling compelled to speak up, take some action, do something to make it right (or at least better). You also probably get the despair and isolation that can come from taking all that information in.

At some point, you become aware you are just full-up. You’re done. There’s no more room at the inn. You’ve taken in so much that you are literally at capacity.

I was reminded yesterday of how women’s wombs are often likened to a chalice – receptacles and holding tanks for our collective experiences. In processing my experience of being “full-up” this week with another woman, she said, “this is the time when a woman would head into the field and let her blood flow back into the earth” – essentially feeding the earth with her gathered knowledge, wisdom, perspectives so it can better sustain itself.

And while the notion of squatting among my day lilies isn’t all that appealing, getting barefoot in the moist earth of my garden deeply called to me.

It reminded me of that scene from the movie Avatar, where all the Na’vi (the blue creatures with the tails living on Pandora), would gather at the base of the Hometree that held all their wisdom and enabled them to communicate with Eywa (which was not surprisingly a feminine deity) They would sit, plug their tails into the earth at the base of the tree and simultaneously download their own experiences, thoughts and emotions, as well as upload the collective data from the entire community.

So yesterday, feeling full-up and at capacity, I headed for the garden.

While I don’t have one of those snazzy blue tails, I sure as hell have my bare feet. I got right in the dirt and got busy pulling weeds, talking to the plants and letting all that is within me be downloaded into the earth. Somewhere in that process, I got the distinct sense that somewhere in this world, there was another woman – or groups of women – doing the same. And together we were feeding and inputting valuable data into our collective consciousness.

This may not be your cup of tea, and that’s okay. This might be a totally foreign or far-fetched concept to you, and that’s okay too. But consider that your body is infinitely wiser than you might realize and is essential to help heal our world. What if part of our role as women walking this earth, was to help feed this valuable information into society?

What if we weren’t actually crazy, emotional, or out of control, but were onto something significant, valuable and of substance?

So head into the dirt and give it a try. It’s much better than the day lily option.