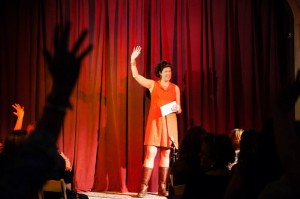 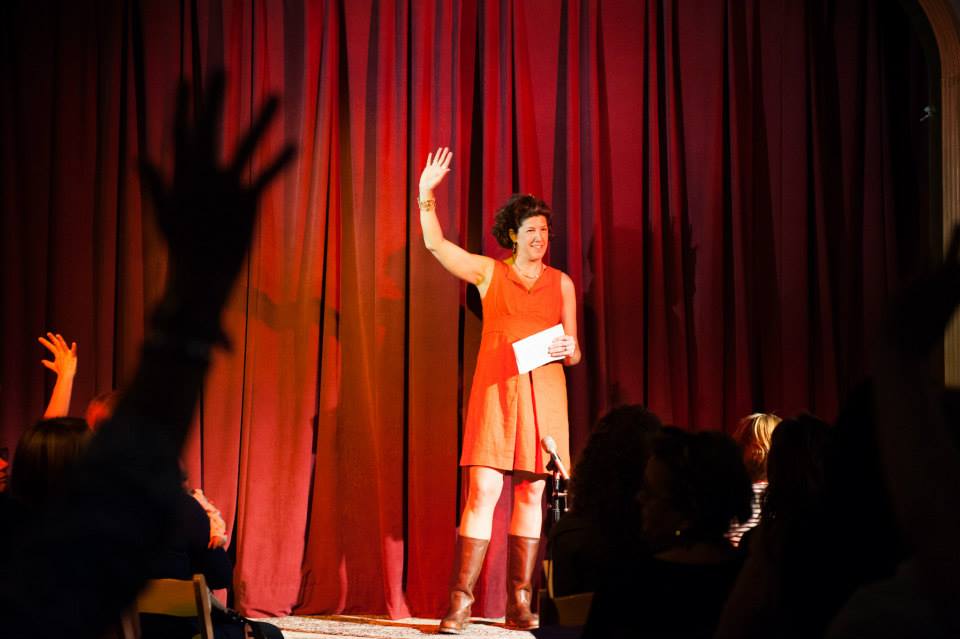 Here’s a confession: I spent most of February and March (and some of January, truth be told) watching back-to-back episodes of Parenthood on Netflix. It was embarrassing – I watched 5 seasons that each had 15 episodes that were 40 minutes each. That’s a lot of minutes of my life – three months’ worth, probably. But for some reason I couldn’t stop – or more appropriately, I didn’t want to.

You know why? It made me cry. Lots of tears – happy ones, sad ones, tender ones, empathetic ones, angry ones, despair ones. I. just. Cried. My husband would come into the room and I would look up sheepishly from my iphone with my ear buds, wiping my cheeks (again) as I said, “I’m just MOVED!”, and he would just smile and nod, because he must have known I was getting what I needed.

But I didn’t KNOW I needed that at the time. The urge just sort of over-took me. And in working with all my clients, I know I’m not alone in that. It was a really wet and weepy winter season for a lot of us. Did anyone else out there cry their way through the first quarter of this year?

When I first start working with a client, I typically ask if there is anything in particular she needs from me. You’d be amazed how often I hear this: “watch for when I tear up, because every time I cry that means I’m touching my truth.” I do that a lot with my clients, pause when we touch something tender and ask what’s inside the tears. I see tears as really valuable data points the body is offering up. They’re potent. They’re fluid, so by their nature, they’re just passing through.

I remember once having this amazing body work done by a chiropractor I know. She was really intuitive and did a hell of a lot more than just align my skeletal structure. She had this pen that had no ink in it, and she would use it to put a very pointed pressure in a spot – in my case, right on my ass. Apparently I was carrying a whole lot of emotional shit in my ass. Like a lifetime of it. Anyway, it felt like a white hot needle of pain in my butt, and I started to rail against it, telling her it hurt like hell. Instead of releasing the pressure, she asked me to breath into it. Which I did. And out it came, these sobs that sounded like they came from the depths of my soul. Big, big sobs. The kind where snot drips out of your nose down the floor and you just don’t care. “That was really old emotion”, she said. “What WAS that?” I immediately wanted to know – to make sense of it, to file it away, analyze, add to my pile of stories. But instead she just shook her head and said, “Does it matter? It was on its way out, not in…”

Holy shit. What a revelation. Granting permission to just let something pass through me, without the gatekeeper in my mind needing to see my papers to make it all official.  Asking my intellect to step aside and let my body do its work. What a novel concept. Think of seeing storm clouds in the sky and shouting at it, “You there! Why are you here and what business have you in this town!? State your intentions.” No, you just let it do its thing. Because it’s passing through.

In many ways, our feelings are like the weather channel inside our body, letting us know the climate we’re in. Our tears, laughter, flinches, twitches, fatigue, aches, lightness and weight.  Talk about a source. It’s always with us. And is more than willing to engage in conversation with us if we’re game.

Danielle Laporte is all over this with her latest book, The Desire Map. When she spoke at a conference down in NYC, she asked people to raise their hand if they had a list of how they wanted to feel? The audience was perplexed. No hands. She went on to say that we basically we had it all ass backwards. We have to do lists, missions, strategic plans, New Year’s resolutions, intentions and goals, but she says we’re not chasing any of these; we’re actually chasing the feeling we hope to get as a result. Her premise is that EVERYTHING we do is because we want to feel a certain way. So start there, she says. Identify how you want to feel and you will more keenly guide your actions, decisions and choices.

But what about when we’re flailing and failing, hung up in our underwear and a bent out of shape. I was there not too long ago about my writing and my coach called me on it: “You’re like a cat in a paper bag”, she said, which made me laugh because that described it perfectly.

Jonathan Fields, founder of the Good Life Project , describes this perfectly in this creed he wrote. It’s essentially a bunch of life instructions, but the one that always stands out to me is “embrace the thrash”. Now THAT is something I can get behind. So much more effective than “don’t be so hard on yourself.”  It’s essentially saying, “see all that shitstorm swirling around you, just grab a hold of a bunch of it and hug the shit out of it….hold on and let it have its way with you…enjoy the ride”

Because here’s the thing about our emotions: we’re capable of some pretty big ones, but because we’re so afraid of them we keep them in a pretty tightly contained area. We go to pathology so quickly and easily, especially if we have any family or personal history of mental illness –  which who DOESN’T these days? Here’s how that plays out in my own life…if I get too sad or full of despair, I think, “Maybe I’m depressed” If I feel too happy, elated and buoyant, I might worry, “am I manic?” Which essentially means that everything in between is, what, “anxious”? That so doesn’t work for me. That kind of mental gymnastics I do exhausts me.

But when we consider our emotional as a source of wisdom and insight for us, I suspect there is so much more we can tap into – a deeper pool and wider range that we are capable of feeling. Even in the thrash. ESPECIALLY in the thrash.