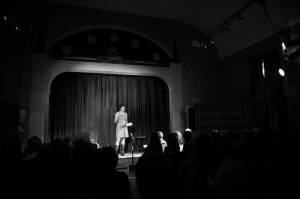 The following is the transcript from my final piece of story from SheSpeaks, my evening of women’s storytelling 5.8.14, and set the stage for Donna Desilet’s story: Salty Tears, Salty Sea. 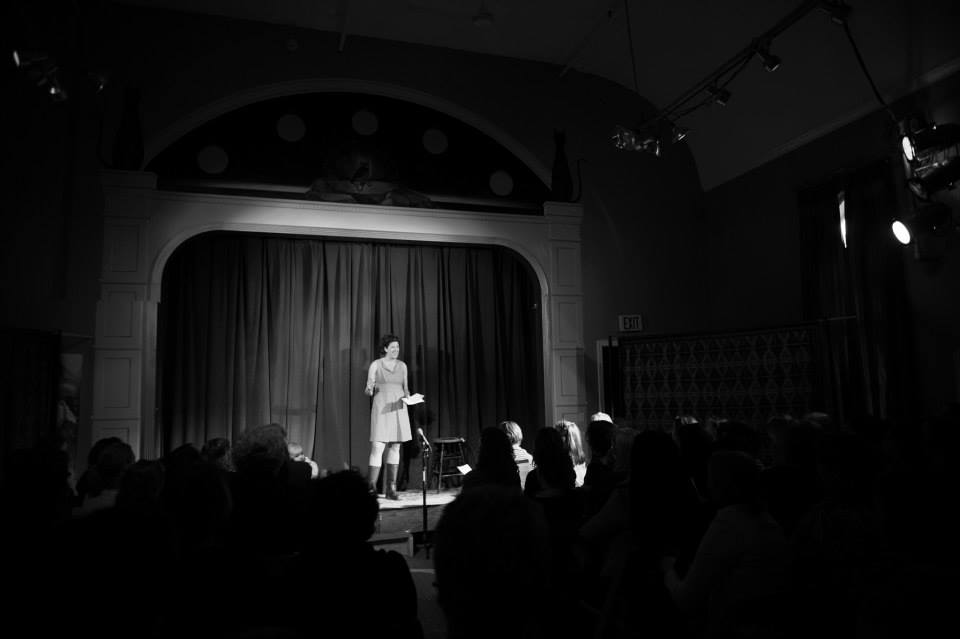 I want to try something with you. You know when you do a guided meditation or one of those stress reducing things they ask you to go to your “happy place”? I want you to go there now. Get in your mind a picture of your happy place. You got it?

Ok, now by a show of hands, whose happy place is outside in nature? That’s what I thought… For many of us: the source we go to in our minds – if not in reality – when we need fortification, nourishment, connection, peace – is often found in nature.

I have two happy places. The first is on a dock on a lake in New Hampshire. I can go there in a flash and feel the wind come across the water and hit my face. I can smell it and hear the waves slapping and sloshing under the dock.

But my favorite happy place – the one I frequent most often – is in the mountains and I can go there in a flash if I need to. It’s on Mount Monroe, some of you might know it…it’s a small pip of a mountain just down from the summit of Mount Washington, and next to the Lakes of the Clouds hut. I’ve been to this place many times, but there was this one time… We hiked up after dinner to watch the sun set and were kind of bummed because it was pretty foggy and socked in. But we climbed up to the top and stood and waited. And then, like magic, we watched as this cloud came across the neighboring peak, dipped down into the ravine in front of us, and then crept up the other side of the ravine toward the peak of the mountain we were on, and then PASSED THROUGH US and went down the other side. I’ve never experienced anything like that.It still gives me goosebumps just thinking about that moment today.

But one part of that story that I’ve NEVER told – a part that I thought was silly and unrelated – was that while all this was happening on that mountain that day, this very cute British guy – one of the trip leaders with me – was standing behind me with his hands under my wind jacket, on my breasts. To the casual observer, it just looked like I was leaning back against him, while he was hugging me from behind. And I could make a case that it was very cold that evening… But Ed and I knew better. And now today, as I reflect on that moment and share with you that “hidden” piece of the story, I see just how relevant to my experience in nature – OF nature – it was. It’s an important part of my story because THAT was the moment – the first moment – I discovered the deep connection between nature and the erotic.

Did you ever see that movie Chocolat with Juliette Binoche? She’s in southern france, with this glorious cape, and she tosses open the window and FEELS the wind calling to her to follow it. And she does, time and time again, despite the pleas from her daughter to stay in one place. I get that. I have felt that call of the wind many times in my life, and my response is always the same, to close my eyes, breathe deeply and look up. Almost as if I’m letting it know that I hear it, see it, feel it.

Some of you might not know this, but my earliest versions of SheSpeaks started out as something I called “Tribal Gatherings”. They weren’t really me, but they were relatively successful and I now see it was the seed for this event to bloom.  The first one I did was on the topic of SENSUALITY and what that meant. I remember that being such an expansive and generative topic for women, clearly striking a hungry nerve. We talked about how sensual had been reduced to sexual, when it was so much more than that. And we spoke of many things we’re touching upon tonight – the elements, the wind, warm rains, hushed snow, fireflies, certain foods, the smell of dirt, the warmth of red wine in the belly, the colors of a canyon or the changing blues in the ocean, experiences in nature like skinny dipping and campfires and sleeping under moonlight.

We got it, this group of women. But most recently, I’ve heard a number of men I know accessing – or wanting to access – a similar source inside them, I would argue The Feminine inside them.

I watched my husband have an experience like that this summer while we were on vacation on a lake in New Hampshire. I came out to the front screened in porch and found him standing there, awe struck, with his jaw wide open. I could see he was trying to make sense of what he had just seen, but couldn’t. When he was finally able to describe what he saw, he spoke about a “loon dance.” For those of you who don’t know what this is, apparently in the weeks prior to leaving a lake for the season, all the loons will gather in a big circle, flap their wings, call out to each other and, well, dance. It’s very rare that you witness it, because it happens in the early morning hours. But that morning, I could see it all over Todd’s face – he had witnessed something profoundly magical, deeply spiritual, and incredibly special. A once in a lifetime moment.

A couple of weeks ago, a client used the word “enraptured” in an email to me describing how she wanted to feel. Upon reading it, I heard myself take a sharp intake of breath. Like the woman in my circle, I thought, “I don’t know exactly what that means, but I want me some of that!” I immediately looked it up and found it meant “intense pleasure” or “delighted beyond measure”. When I saw this client later, she said that she had ditched that word because as a “recovering catholic” she couldn’t get over how enrapture was too close to “rapture” (which not being Christian I had to look that one up, too).  Apparently it comes from the latin meaning of “to seize or take away”, and essentially means the end of the world. So it seems to a large portion of our society “intense pleasure” essentially equates to “the end of the world.

But here’s where I landed with all that. Nature is intensely sensual and so full of pleasure that we are easily swept up in it. Enraptured. It’s also right there, outside our window, wherever we look. We just have to slow down enough to notice it. Which means opening our eyes. And hearts. And asking our intellects to step aside for a moment.