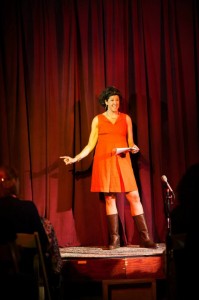 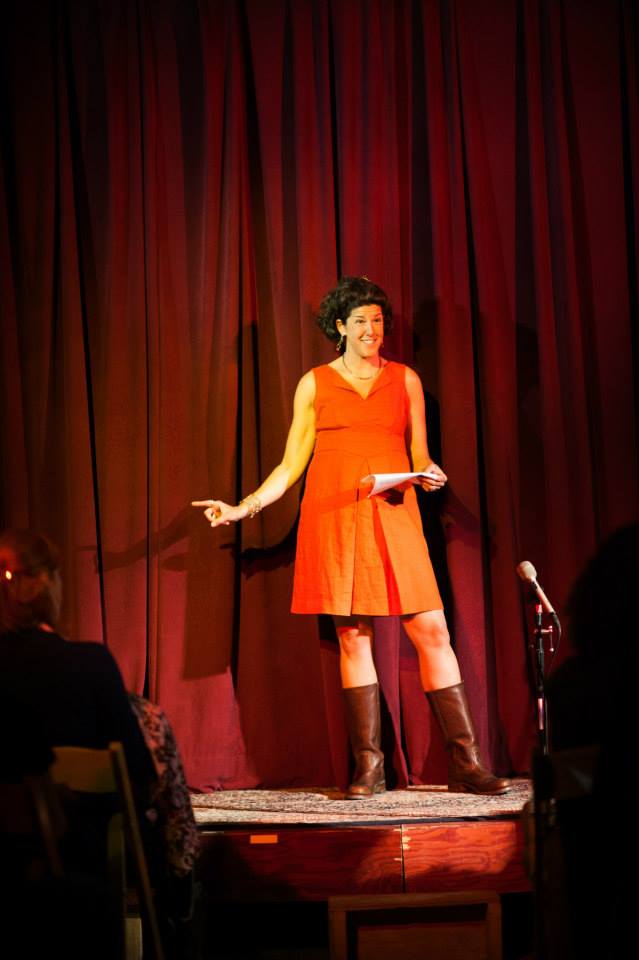 The following is a transcript from last week’s SheSpeaks, my evening of women’s storytelling. This particular piece was my second of the evening, and was told prior to Kate Davis’s story on The Strategy of Magic.

I’ve been doing this thing recently (draw infinity sign) – I don’t think it’s a tick, but it’s actually starting to concern me because I can’t seem to stop doing it. Seriously. My life seems to be all about this (draw) right now and I’m just starting to understand what that means.

It first started for me when my women’s group this winter was exploring the topic of “work life balance” – go ahead and role your eyes if you’d like, because that’s what WE all did. It feel chronic, never-ending, and almost cliché. In fact, we dabbled with calling the topic that night “Fuck Balance!” because it just seemed impossible.

And in many ways, it is. Because what we’re doing is essentially asking ourselves to choose – at any one moment in time, between work or life. The way we have it set up is that to fulfill one, necessarily comes at the cost the other. Which is bullshit. Most of us want both. We know we can’t have it ALL (we get that now), but surely we don’t need to CHOOSE between TWO things that matter to us. So we started looking at the conversation underneath that “balance” conversation as a means to uncover what we were REALLY talking about. And wanting.

I’m an artist at heart, so I started drawing as we were talking. We wanted to feed our ambition, use our voices, our power and intellect. We wanted to have impact, make some noise, rattle some old cages, be independent and make more money. We also were tired and wanted to retreat, to be still, to take naps in the sun. We wanted to feed our spirits, fill our senses, move our bodies, write, read and make soup. Maybe some bread.

Then we did the coolest thing. Someone called for a show of hands: Who identifies with the masculine? All eight hands but one flew up. We gasped audibly, I guess because we were surprised that we weren’t alone. Here was this group of women – sitting in a WOMEN’S CIRCLE that was called ON BEING A WOMAN…which was hosted by SHEChanges –  and we were acknowledging that most of us were dripping with masculine energy, craving The Feminine, but feeling unsure of what that even meant. Or when we understood it, we’d even want it.

So how does all this relate to our theme of Sourcing tonight? What I’m suggesting is that SOURCE – our source, THE source, your source – where ever you go to get the goods, answers, guidance – IS The Feminine. They’re one and the same. So what we are actively seeking to pull in to our lives more – what we are craving – is actually The Feminine energy living in us, demanding to be fed.

Now, here’s something to try at home: do a quick Google search for “The Feminine” and see what it offers you. What you’ll most likely find are a whole bunch of references of Betty Friedan’s book, The Feminine Mystique, about “the problem with no name.” You’ll also be inundated with LOTS images of scantily clad women and tons of sexual references and innuendo.

But The Feminine is more than just political agenda, gender roles or sex.

Here’s another experiment…try to engage a group of women or men or a group of both in a conversation about The Feminine and watch how it flares up, quickly morphs into a conversation about “men and women” and then just as quickly peters out. It reminds me of what Brene Brown says about her researcher on subject of shame…it’s a sure-fire way to repel people at dinner parties. Funny, how those two topics trigger similar responses from people.

The challenge we face, then, is that when we are seeking to “source” The Feminine, it strangely elusive and hard to track down.  You’re also on your own and left to your own devices to figure it out, because it’s difficult (if not impossible) to engage others in a conversation about The Feminine. Sometimes I feel like that lost baby bird in the Dr. Seuss book wandering around looking for its mother…are you my mother? Are you my mother?

But here’s what I do know. Whatever it is: we want it. The Feminine represents much – if not ALL – of what we’re craving in our lives. In our world: peace, flow, grace, ease, connection, communion, reverence, awe, intimacy, compassion, depth, presence, wisdom.

One of the women in my women’s circle this past winter said it best: “I don’t know what it is, what it means, or how to get it, but when you put a THE on THE FEMININE, I so want a piece of that!”

So often in our society we are asked to choose between two things – I mentioned work or life. In the case of sourcing The Feminine, does that mean we need to jump ship and leave the masculine behind!? In this either/or society, sometimes that’s what we’re led to believe. I don’t know about you, but there is no friggin WAY I want to part with the masculine energy inside me. I adore it. In many ways, it’s all I’ve ever known. I would NOT give that part of me up without a fight.

But this is not about giving up anything. It’s about expanding into what we are already. It’s about allowing ourselves to inhabit MORE of ourselves. It’s about dancing with both energies – the masculine AND the feminine – that live inside each of us. It’s about integration, not balance. It’s about dove-tailing, not a zero sum game. It’s about this (draw), flowing between two fuel tanks within us, not throwing a switch, turning one on or shutting it off.