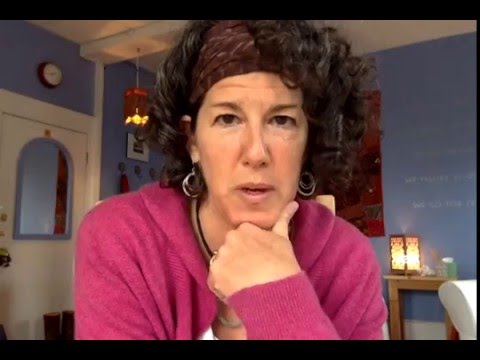 I posted this video on my SheChanges Facebook page yesterday as a nod to my mother who celebrated her 77th birthday this week. I am who I am because of her, and yet — as the video below reveals — our stories around moving into motherhood while working in the workplace are disturbingly similar, despite being separated by 37 years (my mom’s first child being born in 1965 and mine in 2002).

The other reason it felt particularly relevant to share this story is that Mother’s Day will be celebrated by many of us this Sunday. When I think of Mother’s Day, yes, I admittedly think of the heartfelt poems and pictures from my boys that I will inevitably treasure, but I also think of Julia Ward Howe and her Mother’s Day Proclamation.

“Arise all women who have hearts! Whether your baptism be that of water or of tears! Say firmly: We will not have great questions decided by irrelevant agencies.”

The operative words there for me are “firmly” and “decided”. Given our political landscape these days, Howe’s message just feels so damn relevant (still) and speaks to the role of women’s voices in shaping our society. That proclamation, written back 1870 to “appeal to womanhood”, for me, is still a very active and alive invitation: Arise.

As I sit with that today — as a 47 year old woman (when did THAT happen!?), a mother of two boys, and a business owner committed to creating change powered by women — I am honestly gobsmacked by how little has changed for women in the workplace when it comes to becoming mothers. And now we can add many fathers into that mix, too, given the desire many men are actively voicing for paid paternity leaves.

In my video above, I reference hearing a story on NPR the other day. The piece was seeking to shine a light on how little air-time was being given to this topic in the presidential campaign conversation compared to the huge need that so many people are talking about on the playgrounds, offices and break rooms at work. I learned that in actuality, paid family medical leave (FMLA) is only available to 27% of employees in the private sector, and for those whom it’s available, only 39% of people actually take advantage because most can’t afford that time off without using paid vacation/sick time to make ends meet (which, sadly, many people also don’t have access too).

So apparently, we don’t have a national plan that allows for us to get sick,  have children, or enjoy time off. Right…. that makes sense.

It seems people need their incomes to survive financially. Imagine that.

When I had my first son, I was one of the lucky 27% that had that paid FMLA (which, as an aside, is really a fancy spin on short-term disability…I remember having to fill out forms that forced me to list where the “accident” occurred and laughing as I wrote “the living room rug”). I also remember being blown-away by the fact that I would only be receiving 2/3 of my pay for that that leave.

Shame on me that I didn’t do my research before I was in that position, but I’m fairly confident the “accident” on the living room rug would still have happened.

When I learned I wouldn’t be getting my full salary, I freaked out. We needed every penny of my income to get by, not just a percentage of it. But I felt like I couldn’t complain or say anything. I mean I was one of the”lucky” ones, right? No denying that – I was (and still am) a white woman with advance degrees working in the corporate world and I had a partner who was also working. We were DINKs (double income, no kids). I had no business complaining that we couldn’t make ends meet. So we sold our truck, used the bulk of my vacation time for the year, and cashed in some of my retirement funds to make it happen. And then we prayed we’d have a healthy child with no complications as well as a labor and delivery that didn’t bring me to my knees physically. That would have messed with our carefully calculated plan.

I was ashamed I wasn’t more prepared and hadn’t seen this coming. I felt guilty for feeling the way I was feeling because I knew so many women had it so much worse that I did. I was lucky. I should have been more grateful.

So I never spoke openly about it. Until now.

Listening to the NPR piece about this “issue” of paid medical leave — when that baby I had is now 13 years old — I had the realization that it has not gotten better for women, it’s actually gotten worse because of the economy and healthcare costs. And in hearing my mom’s story from 1965 of being sent home from work “sick” for being pregnant, I started to wonder what it will take for us to see this as not just a “nice to have”, but an absolute need to survive economically as a country.

Maybe that’s why so many other countries that are way less developed than the United States have mandated it. You think?

When I heard my mom reflect on her experience of being sent home from work that day she made her pregnancy public, I asked, “So were you fired?”

“I’m not sure,” she said “but I got the sense I was done and they didn’t want me coming back.”

Huh. Isn’t that telling (sad, really) that 37 years later, “done” was what I would be called, too — not in a mean-spirited or malicious way…just as a matter of doing business.

So my response to that comment (“you should be grateful…we have come so far”) I hear come my way so often — usually from other women? My response is this:

“Not far enough. Not fast enough.”

This is me rising up with my big heart and saying it firmly. I get to decide how I feel.