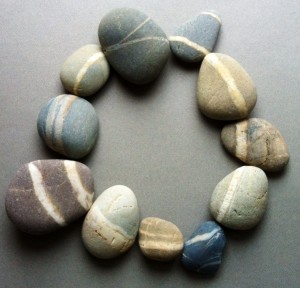 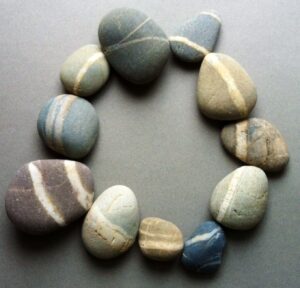 The past two weeks have been hard. I’ve officially decided that the beginning of September is an annual shit storm no matter how I try and slice it.

The air was sticky and suffocating. The noise and chaos of the kids returning to school reached high decibels and felt like it came out of nowhere – fast – even though we knew it was coming. We were bombarded with paperwork and gobsmacked by structure and routine as our family wheels ground forward in a car that was out of gear and had seemingly viscous oil.

As the kids went back to school, I went back to work, having been out for a month writing the final edits on my book and taking some family vacation by the water (which was lovely, thank you). My first day back at work, I opened my laptop ready to face my busy week with as much gusto as I could manage. I tapped a few keys. Nothing. Just a blinking cursor. Tried again. Still nothing. Stymied (and sweating), I started a systematic inventory of what keys worked and what keys didn’t. I quickly learned that the entire numeric key pad had shit the bed, as well the delete and backspace keys. And the apsotrophe and quote keys.

(As a side note, you would be amazed at how much you need a damn apostrophe key.)

Ever the plucky and resourceful entrepreneur, I focused my attention on the numbers in my function keys on the top row above the letters. But it was really the delete and backspace keys that kicked me in the teeth, and I couldn’t help that feel like this was some cruel cosmic joke – like I was on some twisted entrepreneurial edition of Candid Camera or was a pawn in a small business behavior experiment. Having just written an entire book over the past year, my keyboard had become like another appendage to me – it was as familiar as my skin, just colder. And now it was fucking with me. Traitor.

Returning to the family in our hot and sticky home that night, it seemed chaos and short-circuiting had run rampant. The SRS red light had gone on in the dash in our car for no apparent reason. The dog peed on the carpet for no apparent reason. The ice maker in the freezer leaked water for no reason, creating a three inch frozen slab that made it hard to open. The little rubber head of the plunger came completely off mid-plunge for no reason, leaving my eight year old with just a stick in his hand looking a little lost at the clogged toilet.

It got to be comical, that first week – a comedy of errors. But Labor Day was on the horizon with the promise of a long weekend. So we mustered and we rallied and we plunged our way through that week, thinking the worst of the transition was behind us. How foolish of us. 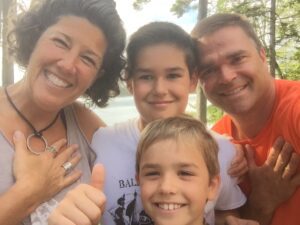 Denial, it seems, works in a pinch.

We returned to start our next week, buoyed from an awesome camping trip – sun soaked and souls slaked by the cool water of a lake and velvet black skies filled with stars. It was as if nature had cleaned off our congested white boards, wiping our memory banks of the previous week. We were ready.

Except we weren’t. Clearly.

The heat returned. More paper came home from school, and with it came the school conferences. And then the sports practices. Crap piled up – everywhere – and something unidentified stunk in the house. The days started getting visibly shorter – almost overnight – while the sweltering heat seemed to intensify. We swore more. And moaned about having to wear pants and shoes.

Then came the fatigue, and we started using phrases like “bone tired” and became snappy and snarky. All of this ultimately led to the tears. That’s when it clicked for me.

Grief. We were grieving. Or trying to.

We were having to let go – of the summer, the sun (such a rare treat in a northern climate), longer days, lax rules, lower expectations, bare feet, spontaneity, minimal clothing – but found we were holding on. Tightly. Ergo the shit storm. Which forced our hand as a family and had us fold, realizing we were coming up short in the face of a rather large pile of grief.

So we started talking about it – naming the things we missed and touching the aches in our hearts with words. We listened to each other and nodded in understanding, not feeling so alone in it all. We held each other, making space for the tears to fall.

We allowed our feelings to be right, not wrong.

That’s when the shit storm finally stopped. The moment we stopped trying to run from it, rail against it, or plow through it, we were able to simply be present to it. And you know what happened next? Unbelievable waves of gratitude moved in. Here’s the story of how that happened over the course of dinner last night.

We had all come from twenty different directions, late and flying in the door from work, practice and school with lists and more papers, more dates, more expectations, more commitments. No food to speak of, no meal plan, no focus, no energy, no patience. Snarking, barking, tears and mess. We through something together, shoved it on some plates and called it dinner.

As I came to the table, I noticed all three men in my life were standing up, waiting for me to be seated first. This was something they had been doing for a while now, having talked about what “chivalry” meant. But this night, seeing them do that melted something in me, bringing me to tears. I told them they made me feel like a Queen. We sat down at our round table, and I was aware of our circle – a shape that has always felt sacred to me. Instinctively, I reached out my hands and asked if we could just breathe together for a moment – something I’ve rarely done.

With each breath, I could feel us melting – melding – together as a family. It was delicious – like balm for my weary soul. I found I was more hungry for that connection than I was for our dinner. That was what I needed to fill me.

Love was the nourishment I needed most.

We told stories and news about our day – just as we usually do at dinner – but it felt slower paced, like we were being more present to each other, witnessing and listening. More questions were asked. As we finished up, the kids left the table, leaving Todd and I to talk.

I was aware the music changed in that moment to a slower song on the stereo – something slower, more soulful, and heart-felt. Romantic. I reached for my husband’s hand and asked him if he’d dance with me, knowing full-well that this northern nordic man was damn near melting in the heat of the week and might be put over the edge by more body heat.

“Always”, he said. And we began to move our bodies together with the music. Our music.

Dancing with him, I was transported back to the first month we met and fell in love, which was – ironically – September. It was the month of our first date and the month we moved into our first apartment together and the month we got married. September, it seems, is – and will always be – our month. Shit storms and all.

In that dance I remembered he was home to me and that I was home to him. I remembered the first time he sang Sting’s song “Shape of My Heart” softly into my ear. I remembered the long drives on the winding country roads we used to take – for no particular reason, but just because – in his Audi with the sunroof open and the dark night skies enveloping us. I remembered the sensation of looking up into his chocolate pie eyes and how delicious and lovely it was that he was taller than I. I remember him literally picking me up and squealing with delight at being carried by his strength. I remember the feeling of finally coming home.

I was feeling with my whole body as we danced. Which made my heart swell and get warmer.

That was the final kiss of that surprisingly magical evening last night. We didn’t see it coming. In fact, we were loaded for bear, and trying our best to hold on, like we were all in raft heading through class four rapids without paddles. But without even really trying or making a conscious decision, we morphed the shit storm we seemed to be in right before our eyes into something lovely and deeply nourishing. Connection.

Love, it seems, is simple that way.