by Lael Couper Jepson under on September 5, 2013 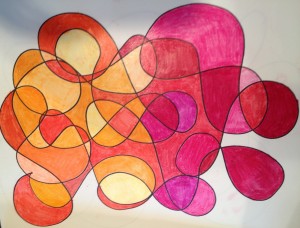 Many years ago, I was pulled out of the corporate rat race very suddenly for a medical leave. Up until that day, I thought I had it goin’ on – I was feeling in the zone, spinning all my plates, dazzling people with my fancy footwork, and buying into my illusion of feeling invincible. Never mind the fact that I was bone tired, spiritually emaciated, and completely disconnected from all my sources of nourishment. I was a junkie and work (and the accolades that came from it) was my heroin.

Then I got a wake up call.

The very next day I went out on a medical leave for three months – a maternity leave, minus the baby. All those important meetings I “needed” to attend? Gone. My schedule that was a solid block of busy from 8-7? Wiped clean. Obligations? Promises? Intentions? All renegotiated, tabled, forgiven, or forgotten. In less than 24-hours, I literally worked myself out of a job. It turns out I wasn’t that important. I quickly learned the earth would keep turning on its axis even in the face of disappointment, incompleteness, or failure to produce, do, or deliver.

I will forever be grateful for that lesson.

Because in those three months I found myself again in all the noisy confusion that had become my life. It was a good life, yes, with lots of fulfillment and riches – but it was loud, had too many moving pieces, and wasn’t ultimately sustainable. In those months, I asked for help and guidance from the universe, from my family and friends, and from a few wise and trusted spiritual teachers. I was trying to make sense of my life. And somewhere along that journey, I realized that isn’t possible using just my head. I couldn’t simply will myself to make it all work. I had to listen to the entirely of me for that to be possible – using my heart, my spirit and my physical body for counsel as well as my mind.

I realized I had let myself become reduced to simply a head with feet. 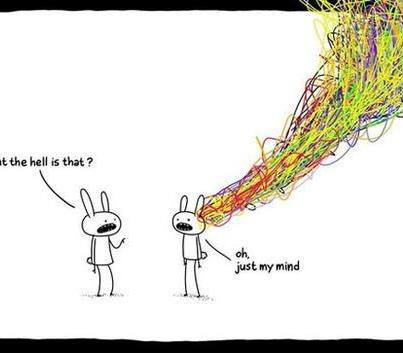 Many life-altering realizations were born out of that time. In fact, I often bless the child I lost at the beginning of that leave, for giving his life so that I could rebirth my own life – this time more fully and with much more intention. It was on that leave that I decided it was time to exit the corporate world to start my own business, and I began to create SheChanges (although I didn’t know what it was called at the time…that would come much later). I also realized (contrary to my previous beliefs about myself) that I was a deeply spiritual person, and began to see the degree to which I had cut myself off from any forms of spiritual connection – nature, silence, spiritual practices, even movement.

I began to more fully appreciate the space that was needed in order for me to live my life more fully.

As an extroverted person who thinks best in a crowd and gets infused with energy in social gatherings, I had overlooked my need for privacy and quiet reflection. I came to appreciate the importance of holding counsel with myself, which is much more than simply being alone – it’s about deep listening to one’s own voice. Because as much as I love to generate and create in the presence of others, my best seeds of ideas and embers of wisdom are born within me. All of me. Alone.

I made a promise to myself on that leave to design a life that incorporated my need for space and reflection.

As grateful as I am to that leave for waking me up, I never want the universe to have to intervene in my life to that degree again. I never want to experience another cosmic 2×4 upside the head. That was rugged, and jarring (to say the least), and extreme. During that leave, I pledged to assume responsibility for my own life, which included the care and feeling of my entire being – even if it wasn’t convenient, even if I didn’t have “enough” (time, money, justification) to make it happen, even if I was needed elsewhere, even if others didn’t understand it or thought me selfish.

It hasn’t been easy or smooth sailing. I’ve failed grandly at times – gotten sick, run down, and fried as a result of burning the candle at both ends and overestimating my capacity to get shit done. But I have had successes, too. Many of them. I take myself away two times a year for a solo retreat – nothing fancy, just a couple of days in a cheap inn or crashing at a friend’s island cottage when they’re not using it. But it does the trick – just two days, sometimes three, all by myself. No distractions, no noise, no obligations other than to listen deeply. Many of my clients have been inspired to adopt the same practice for themselves, one even calling it her “Me Retreat”, and have discovered both the challenges (guilt! too busy! selfish!) and the benefits (clarity! perspective! guidance!) firsthand.

But this summer I did something that surprised even me. 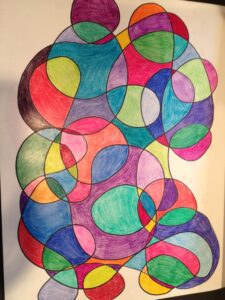 Earlier this year I decided I would take the entire month of August off. And I actually did. Four. Whole. Weeks. I still laugh when I think about it, because there were so many reasons I could have used on myself not to make it happen. I had just moved into an amazing new office in June, after having worked out of my home for the past eight years. This new added expense – not to mention the excitement of wanting to be IN it – could have been enough to have me reconsider. But nope. I pulled the trigger, telling my clients I was NOT going to be in the office August (gulp), squirreling away money each month to finance it (YES!), setting up my auto-responder (gotta love technology), and then getting myself out of dodge. I unplugged, got off social media, put down the iphone and picked up my camera, stopped writing to do lists, and made decisions for my days using the weather, my mood, and our family’s inclinations (within reason…) as our only guides.

I did it. And I’m wicked proud.

I got so much out of it, I’ve decided to make it an annual occurrence. As a way of honoring the fact that I actually set the intention and followed through with it (tah-dah!), I thought I’d share my top learnings from the month (in no particular order…) – lest I forget them in the heart of winter when I’m having doubts about doing it again…

Thank you to everyone who has believed in me – past, present, and future. Thank you to those who said “Good for you!” and “That’s fantastic!” upon hearing my news of an August hiatus, instead of the “Must be nice…” and “I wish I could do that…” comments I feared I’d get. Thank you for your encouragement, your support, your hive-fives, and your warm reception back as I’ve re-entered.  Thank you for recognizing that taking a break like that was not easy and took a bunch of courage – to not only DO, but to publicly SHARE with others. Thank you for reminding me how easily we confuse jealousy with inspiration.

Here’s to a life filled with juicy and life-giving intermissions.