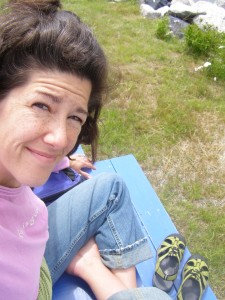 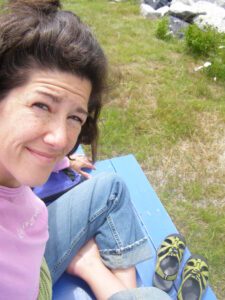 Sometimes it feels like messages from the universe attach themselves to us like those pesky dryer sheets cling to the backs of our shirts or nestle inside our pant legs. They adhere to us with static electricity and wait to be discovered.

That happened to me last week. There I was, minding my own business, happily reading a book in bed just before falling asleep. As my eyes moved across the lines of the page, they suddenly came to a screeching halt at the phrase “righteous anger”. At first I just thought it was an ocular hitch, but then I kept trying to read. One sentence later, I was back again.

I tried to move past it again. No luck, still stuck. It took me a while, but I finally got curious. What was it about that phrase that was grabbing me and not letting me go?

Now here’s a bit of personal information most people don’t know about me: I haven’t had any contact with my father since the early 90s. For those mathematicians out there, yes, you’re correct, that’s about twenty years. Nearly half my life.

There’s a huge story there and many hours of therapy have been logged as a result, so you can imagine the eye-rolling fit I had upon having this well-chewed little morsel rolling around my palette once again. It was like a cosmic boomerang – clonking me in the back of my head. Again.

To be clear, I have a fair amount of shame around this. I don’t wear this on my sleeve, primarily because I’m tired of it. That last part is an excuse, by the way…it’s really about the shame. But that’s another topic, for another post.

This one is about me and my apparent righteous anger.

Look up “righteous” and you’ll find it’s synonymous with angelic, blameless, credible, deserving, devoted, faithful and guiltless (and that’s just A-G…) Couple those words with anger, attached them to me, and you’ve got my attention. Big time.

If you feel me rolling my eyes at this, it’s because I thought I’d moved beyond this anger -convincing myself I had somehow made peace with not having had a relationship with my father. After all, I had a great excuse: I already have a dad, I don’t need two. When I was twelve, my mom met and fell deeply in love with a man who would later become my stepdad. I have always believed he is my “real” dad. He raised me. He loved me fiercely. He was – and continues to be – my biggest champion. He showed me how a dad loves a daughter and I learned how to love a dad. I look at my boys everyday- and my beloved who helped me to create them – and I thank heavens for those lessons.

About five years ago, in a heart-felt show of love for my stepdad, I created an adoption certificate (retroactive to the day we met) and we celebrated “making it official” with our family, complete with a cake, flowers and “it’s a girl” balloons.

So why was I staring at this phrase in my book and thinking about my father again?

Because, like one of those tiny bubbles that periodically get released off the side of a glass of ginger ale and floats up to pop open on the surface, this message had found me, and stuck to my psyche. It would not let me – righteousness and all – go.

So I made a decision.

I got up and wrote my father a letter that opened the door to him that I had previously closed out of hurt, anger, and bitterness. I knew what I was doing was allowing the righteous anger inside me to be released.

The letter wasn’t about my father. It was about me. And my door.

With that single act, I made a powerful discovery: when messages such as these knock at our door, we don’t have to brace ourselves for hours of intense thought or work, as I had previously believed.

Sometimes a simple action is all that’s needed. Like opening a door.

I suspect this message from the universe had been hiding from me in plain sight, riding around on my back like a clingy sock fresh from the dryer. After all these years, it turns out that all I needed was to acknowledge it, pull it off, and put it back in the drawer with the other socks.

But I wouldn’t have been able to act, had I not seen that sock stuck to me in the first place.

Thank heavens for mirrors to point that stuff out.

Post script: Weeks after writing this post, I received a response to my letter that said, “Thanks, but no thanks” to my invitation to walk through my door. It was in that moment that I noticed the righteous anger had left me and had been replaced by something entirely new. It turns out Peace had walked through my door instead of him. Welcome.