by Lael Couper Jepson under on February 2, 2009 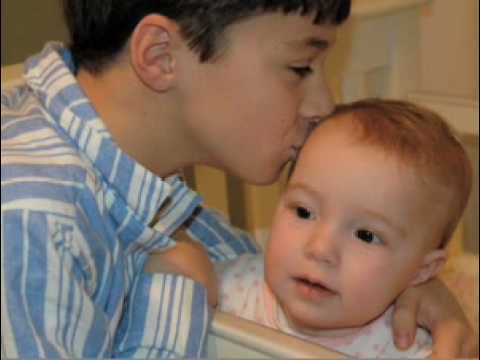 Last July, in a sea of 3,000 women, I experienced my first all women’s sprint triathlon. The Danskin Triathlon – the longest running women’s triathlon series in the US (celebrating its 20th anniversary this year )- was designed with women like me (“the newbie”) in mind. The hook that got me was the promise that I couldn’t come in last. The founder, Sally Edwards, makes a point to come in last in every single leg at every single event (there are nine in cities across the country). I was scared witless, but I knew I wasn’t alone. I was with my sisters, that much was clear.
As we all convened the day before the mammoth event to get our various pins and numbers and stickers and chips and directions…Sally Edwards took the stage and said two things that will forever be burned in my memory. First, with a big grin on her face, she said “this is what 60 looks like” (wow!) then, “as an all women’s triathlon, we do things a little bit differently…” I was inspired. I was so grateful I had acted on my instincts that led me to this event. Most importantly, I was moved to tears of gratitude that I was born a woman. And as I scanned the room – taking in the sea of women of all ages, sizes and fitness levels – I pledged my support to their success. I was hooked.

Fast forward four months. I am sitting in a movie theatre next to one of my best girlfriends watching The Women. With a power-house all women cast, we were primed for a great movie. And it was. But it left me a little deflated…even shamed. On first blush, the movie felt centered on the materialistic, catty and, well, mean, side of women’s relationships. And yet it stayed with me. So much so that I bought it. After watching it a second time – and seeing the special features that highlighted the history, cast perspectives and all-women production culture – I saw it very differently. To me, this film captured the potency and complexities of women’s relationships – the loyalty and devotion, the competition and “rules” and the ability to validate and “get” each other.

So how do both these experiences – Danskin and The Women – intersect? In my mind, they both pull at opposite corners of the same blanket, causing this tension or upset somewhere in the middle. Perhaps “tension” isn’t the right word…more like “conflict”. Tugging at opposing corners of a blanket like that tends to pull it out of square over time – compromising its integrity. We (women), by the way, are the blanket in question. Let me explain…

One corner represents our unequivocal and infinite capacity to support one another. When we are in need, we call upon each other. We see another stressed mother shopping with her kids in the grocery store and we nod at each other knowingly. We make each other laugh. We cry on each other’s shoulders. We tell each other our stories. We love each other when we forget to save enough love for ourselves. But then you know all this already. Still, it bears repeating because it is indicative of the power we hold as women. It is our gift. Perhaps the best expression of this ferocious and unwavering love we have for one another was captured by author Kelly Corrigan Transcending Words on Women and Strength. If you haven’t seen this YouTube video yet, I highly recommend it…. It takes my breath away every time I watch it. Again, it makes me so glad I was born a woman. It makes me burst with pride.

The other corner of the blanket represents our competition with one another – our tendency to compare, contrast, take away from or otherwise size each other up. If the former corner was about “getting your back”, this one is about “stabbing your back”. It’s the corner we don’t talk about as women. Unfortunately, it feels like this is the corner of our blanket most frequently highlighted by the media – showing women fighting with each other, being deceitful and catty. This is where I wince. This was what made me partially slink out of the movie theatre after seeing The Women. And yet, it’s what we know as spiders sharing a web. We are constantly spinning, shoring up, assessing, redefining and repositioning ourselves in the context of a complex network of understanding. And so what if we compete?

While attending this amazing women’s leadership retreat last summer on Isle au Haut (check out Eleanor Days), one woman (and I adored her for this) blurted out, “competition gets a bad rap with women”. I remember breathing a sigh of relief when I heard this…no longer feeling the need to safeguard or qualify my competitive nature. In fact, as I engaged in this conversation last summer I was training for the Danskin Triathlon where I would put that belief to the test along with 3,000 other women. After years of competitive running – and competitive living – it was not until my Danskin experience, at the age of 39 that I officially owned it. I am a competitive person. There, I said it. The difference is that I feel like I’m no longer hiding under this shroud, pretending. I’ve made friends with my warrior – or so I’m trying. What helped me on this journey was a healthy reframe of competition given to me by a wise woman many years ago. I’m not sure who the source was, but it went something like this:

You are my adversary,
But you are not my enemy.
For your resistance gives me strength.
Your will gives me courage.
Your spirit enables me.
And though I aim to defeat you,
Should I succeed I will not humiliate you.
Instead I will honor you,
For without you I am a lesser person.

It reminds me of the biggest surprise I encountered during the Danskin. The unbelievable feeling of support in the face of fierce competition. During the swim, among all the “sorries” for the accidental kicks and whacks, you’d hear, “Come on, you can do this!”. On the bike route, you’d hear “Girls ROCK!!” on the hills. But on the three mile run – the last leg of the triathlon – you actually got a chance to look each other in the eye on the out and back course. You’d get close enough to see the markings they’d put on themselves for inspiration along with their required number: “Molly’s Mom”, “Girl Power”, “Survivor”. Women would high-five each other the entire run. My hand was sore when I crossed the finish line.

So what if we took this notion of competition back to our competitive corner? Play with it long enough and it starts to look (and feel) like “support”, doesn’t it? Granted, I know I might be walking on a fine line of interpretation, but what if I’m onto something? What if we could have our cake and eat it, too? What if “competing” with another woman wasn’t about pushing her down, but was about pulling her up? To new heights? When she needed it most? Because we can. Because we “get” each other. Because we care.

Maybe our blanket could be square and keep its integrity after all? Or maybe a little tugging and stretching is good for us. Perhaps our blanket was never meant to be fully square, but more imperfect. Like a web.